Whisper Elf is one of the four Sidekicks in Skylanders: Spyro's Adventure. She is the miniature version of Stealth Elf, eventually becoming a Mini Skylander in Skylanders: Trap Team.

Whisper Elf is a ninja who knows her way around an enchanted forest or two. Like her mentor Stealth Elf, she will always tell you how she's feeling. That can be really awkward sometimes.[1] 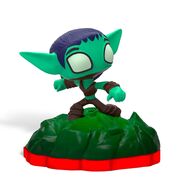 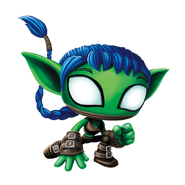 Whisper Elf Transparent Render
Add a photo to this gallery

Retrieved from "https://skylanders.fandom.com/wiki/Whisper_Elf?oldid=109107"
Community content is available under CC-BY-SA unless otherwise noted.