“For the Wind!”
—Warnado's official catchphrase

Warnado is an Air-elemental turtle who is one of the main 32 Skylanders from Skylanders: Spyro's Adventure.

Toys For Bob intentionally tried to have a dragon in each element and Warnado started off as the Water dragon. His abilities included a Steam Breath (which much like Whirlwind's Air Bullets, did not come across as very powerful) and a Super-Mario-esque turtle shell spin attack which became Warnado's primary attack. The switch from Water to Air came when Cyclops Slime was redesigned as the new Water Dragon, Zap. As such, the team decided Warnado's moveset should be redesigned and Jesse Moore was given the task.[1]

One of the most powerful Air sorcerers of all time, Warnado is quick-witted and has lightning fast reflexes.[2] Because of his past, he is fond of roller coasters.[3]

Warnado was hatched in the fury of a rare and powerful Enchanted Twister. Although initially frightened and quite dizzy, over the passing years he grew to enjoy his whirling surroundings and learned many abilities and secrets of the Air Element. This led to Warnado becoming a powerful force and the only known turtle of his kind. Now, the only time he gets dizzy is when standing still.

Warnado was supposed to be born a simple turtle and lead a humdrum life in a Skylands swamp. But in an exciting turn, while still a tiny, unassuming egg, he was plucked from his nest by an enchanted twister and sucked into the sky. Upon hatching, he found himself being hurled around the spinning centre of the twister with no apparent way out. After a while, Warnado became quite accustomed to his twirly, whirly surroundings. Being enchanted, the twister taught him Elemental secrets and magical wind tricks. By the time he hit adulthood, Warnado was as skilled as a senior Skylands sorcerer. And it was around this time that the next exceptional event took place: a storm of dark magic collided with the twister, knocking Warnado out onto solid ground for the first time in his life.

But, to a turtle, who had spent his life inside a twister, solid ground didn't feel all that solid. In fact, it made Warnado a little seasick (or perhaps landsick). He found that the only way to avoid dizziness was to avoid standing still altogether - so he carried on spinning. As he twisted and turned across the Skylands terrain, Warnado was spotted by a creature in kind - Whirlwind. Whirlwind presented Warnado to Master Eon, who managed to convince the turtle to sit still for just long enough to make him his latest Skylander.[4]

Skylanders: Spyro versus the Mega Monsters

Warnado made a cameo as one of the Skylanders called by Master Eon to help restore the walls of the Eternal Archives after they were damaged by Kaos during his attempt to steal the Book of Power.

Having learned the ways of the Air element, Warnado has the ability to spin around in a whirling motion, knocking enemies away with his spiky shell. He can also summon tornadoes at a high velocity to help him fight off nearby opponents, and he can spin himself into a gray tornado to tear his way through enemies.

Gain a 20% Speed bonus while in the Radiant Isles. The scroll for this upgrade can be found in Waterwalk Way. 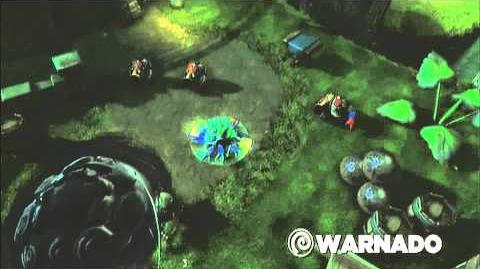 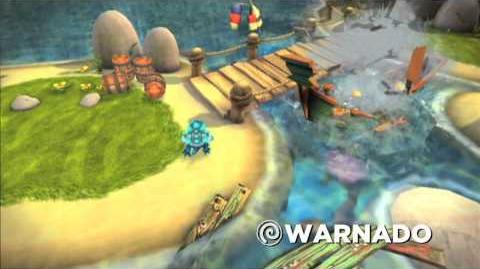 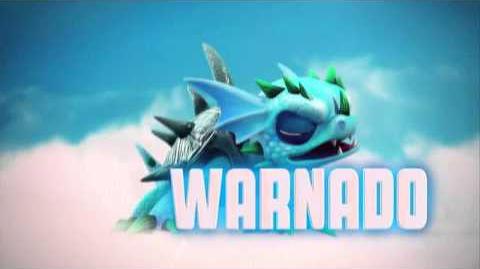 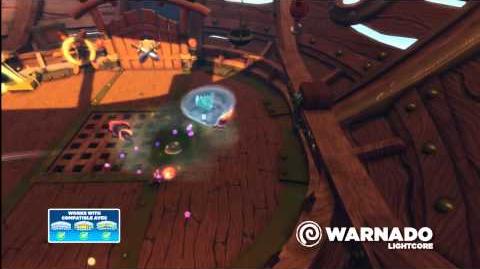