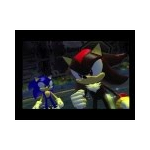 Hey, I am 10th grader that likes skylanders so much that I go insane over them, lately I have been challenging myself for nightmare modes in Giants and Swap force and training my skylanders for the almost immpossible nightmare mode for trap team that are hard to beat with limmited skylanders and pick out the best strategies on how to use them. Basically I am a Strategist that takes on VERY hard challenges.

The Skylanders I wanted

Skylanders that I have collected over 2 years in order

3.Cynder (okay at this point you realized I never played spyros adventure so I got more series two skylanders than series 1)

5.Trigger Happy (a bad idea at the time)

8.Flameslinger (and you realized two things, one is spyro is supposed to be my first magic skylander because of the faithful trio accolade, and two, i was getting one per element because I want to complete the game) (Flameslinger was one of the four) (and one of the five in swap force nightmare mode no lives lost)

11.Eye-brawl (okay this guy was one of the worst skylanders I had in Giants)

13.Chill ( No comment on how obsessed I was but the trail ends for Giants for four months.)

14.Eruptor ( My first skylander I collected since March 2012 and it was July)

16.Zap (one of the first skylanders that I thought for the five for swap force, got replaced by Countdown)

17.Hot Dog ( I was confused that which pack would give you extra levels and I ended up with dissapointment but I got my first magic piece)

18.Stump Smash(the best Skylander in Giants no doubt and one of the four)

19.Polar Wirlwind (the rarest Skylander I ever own and due to paronoia, I threw her away) (was getting flashwing)

21.Series 1 Terafin (Got him with sunburn, lost treasure chest during fall)

22.Lightcore prism break (My first lightcore, one of the four)

23.Sonic  Boom( One of the four of my first try at that no lives lost nightmare mode, (others were stump smash, double trouble, and  prism break), although double trouble died, I removed her for flameslinger)

24.Wrecking Ball ( the second worst sklander in giants, but very overpowered in swap force) (one f the five for swap force but replaced by a d

25.Stealth Elf ( I am going to make this long story short, this was when I knew that Stealth elf would be in the starter pack and I got her in a triple pack with the previous two skylanders when I was supposed to get the legendary variant at Touy's r Us)

26.Twin Blade Chop Chop( I completely hate this guy because he out shines my favorite undead skylander. And keep in mind that I got him before Swap Force so I played him in Giants)

28.Ninja stealth elf (got the starter pack but couldn't play the game so Giants)

32.Jolly Bumble Blast ( my second variant, one of the five for swap force)

33.Enchanted hoot loop ( Originally, rubble rouser was supposed to be my fourth swap force skylander but delayed) (my last skylander I got until a month later)

34.Rattle Shake (was waiting for his Quick draw variant and rubble rouser but he was sold out long with stink bomb so I got him)

35.Rubble Rouser( finally, My first skylander rom Target and the secont wait until I get my next skylander)

36.Stink Bomb ( My next skylander i got at target but there was a problem, easter skylanders were there and along with punck shock, I regret the day I got this guy)

38.Legendary Zoo lou ( my skylander collection came back in august, the month where punck shock got re-released)

40.Roller Brawl (Originally supposed to get her at target, the same exact place where punck shock will be, but got her at gamestop for a discount

42.Kickoff countdown (one of the five but got replaced by flashwing

43.Horn Blast Whirlwind (Regrets from throwing away polar, Originally plannded to get eons elite variant)( One of the five for swap force)

46.Light core flashwing( the best Earth core Skylander yet, replaced countdown and became one of the five)

48. Hog Wild Fryno (the trip to target was origionally meant to get spy rise and PUNK SHOCK, generally I got angry and wanted to get a wave 4 skylander so I got a series two from trap team and walla I'm happy)

49. Star Strike (basically sadden by my loss, I got her, I created a sinerio on who was the best magic skylander in swap force, wrecking ball vs starstrike and I chose he as the final replacement of my five)

51. Sure Shot ShroomBoom( the glichiest and olne of the best skylanders I have, I got him before trap team)

52.Ninjini (my 50th skylander without counting variants and series 3's and cheapest giant because I got her on brown thursday(basically black friday deals on thanksgiving)

53. Snap Shot (to be honest with you, I resented this guy but not like chop chop but hes basically the water version of flameslinger but I played him in a test run for trap team, basically playing the first level and I saw his potential)

54. Food Fight (haven't played him yet and already I like him)

I'm sorry I included lots of back stories that might make you think I am an idiot and obsessed at very little things but the truth needs to get out there.

Retrieved from "https://skylanders.fandom.com/wiki/User:Spy_Wise_Earth?oldid=65697"
Community content is available under CC-BY-SA unless otherwise noted.