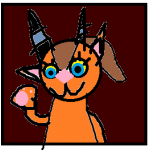 Hi call me CatZeti, I've been playing Skylanders from Giants to the End Of the Line,

My Idea For A Trappable Villain

Hey this is no way to treat a Girl, Although the Vortex was a Spoiler on what's Happening (Caught)

Guess Me and Allie are your'e Friends now, We Do what you want. (Accepting Capture)

Although Chill bill tries to Hit on me Everyday, I Am keeping my game up (Skylanders Academy)

Retrieved from "https://skylanders.fandom.com/wiki/User:Nerys.beck?oldid=116491"
Community content is available under CC-BY-SA unless otherwise noted.