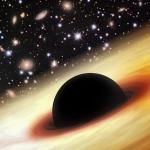 All of my Skylanders

Glitches I Found In

3) As long as you hold Attack One, you can moonwalk in any direction.

1) Go to any Heroic Challenge with mines. (Stealth Elf's is recommended)

3) If done correctly, your Skylander should be running in place. (If done very well, they run twice the speed).

1) Go to the Life-Air Gate in the Winter's Keep with two players.

2) Both players must complete the gate, BUT do not return to the gate via the mushroom. INSTEAD, walk back to the gate.

3) After exiting, the camera while be only facing you at one angle.

4) This glitch was found on both Wii version and Tablet version.

2) Just when you are about to enter the Eggsecutioners Cutscene or Shred-naught's Cutscene fire a Drill Rocket.

3) If a small rocket hits them the camera will glitch. The camera returns to normal after the cutscene.

2) When your villain has very little time left, jump down the first pipe.

3) If successful, you are an infinite villain. This glitch ends if you jump into liquid sewage or tag the Skylander.

4) This glitch also works for the second pipe.

Running With A Hydro Arrow

3) If you run while making the Hydro Arrow, you can run with it. Takes a few tries.

2) If done, both players will go to the Dream Portal before Dreamcatcher gets her reward. This means that Dreamcatcher can only finish her villain quest with only one player.

1) After completing any steam puzzle, switch to a villain.

2) You can now go through the puzzle.

3) If done at the one before Cross Crow, the camera will be at a strange angle.

Go To The Library Secret Without A Mini

2) Jump to the wooden plank.

3) Just when you are at the highest point of the jump, do the dive bomb.

4) If successful you can explore the library.

2) Press Attack One and Jump at the same time to preform a long jump.

3) This technique can be used to find out of bounds areas or shortcuts.

1) Go to the arena battle in Monster Marsh

2) Use the Krankcase Long Jump to jump onto a house.

2) If you press Attack Two just when you are on a bounce pad, you will get extra height.

3) This can also be used to preform glitches or shortcuts.

3) Stand on the right side of the bounce pad.

2) While in air, move to right and land on the fence.

3) Move Forward until you reach the end.

4) Move left until you reach the end of the arch.

6) While in air, move backward.

7) If successful, your Skylanders should be stuck in the wall.

1) Go to the Academy Defense Tower.

2) Preform Buzzer Bouncy Beak on the bounce pad furthest from you.

3) While in the air, move backward.

4) DO NOT go near that bounce pad.

5) The camera will face you at a different angle.

2) When at Bruiser Cruiser's battle, Krankcase Long Jump into the water.

3) You just skipped a coil and a battle.

1) After rebuilding the bridge, Krankcase Long Jump to the left (To the pump button on the left side of the bridge).

3) After defeating enemies, get to the pump button (The one that pumps the blocks).

4) DO NOT hit the button, INSTEAD talk to Headwick.

7) Move the blocks in aligment.

5) They should be floating.

4) Use Buzzer Beak and dive bomb.

5) Just about when he is about to fall, switch to Skylander.

6) If done correctly, you should have went through the floor.

2) At Telescope Towers, go to the area required to play Skystones Smash.

3) Krankcase Long Jump twords the area where the super bounce pads were.

4) The camera should glitch.

2) Activate the Masker Mind Battle, but do not attack him.

3) Activate the Brawl and Chain Battle.

4) When Brawl and Chain jumps into Dredger's Yacht, do the "Through The Ceiling" glitch.

5) Go back to the Masker Mind Battle.

7) You can see Masker Mind's Capture Sequence with a water trap.

2) When encountering Great Hawkmongus (first time only), say no to Skystones.

3) Stand on the second step.

4) Jump to the fence of the first step.

5) You should be floating in air.

6) Walk down the fence and jump over Great Hawkmongus.

1) In the Wii version the game will freeze if you do not finish in 15 minutes.

Retrieved from "https://skylanders.fandom.com/wiki/User:EpicMasterRhino?oldid=112883"
Community content is available under CC-BY-SA unless otherwise noted.