Anchor Assault
Belly Flop
A Whale Of A Chomp
The Whalest Chomp
Now There's An Anchor!

Thumpling is one of the four Sidekicks in Skylanders: Giants. He is the miniature version of the giant Thumpback, eventually becoming a Mini Skylander in Skylanders: Trap Team.

Thumpling is a dedicated hero who will always be there whenever his teammates need him. He shares Thumpback's love for fishing.[1] 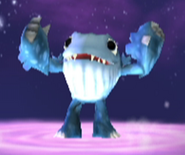 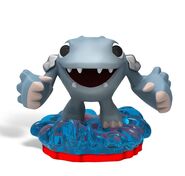 Thumpling's toy form
Add a photo to this gallery

Retrieved from "https://skylanders.fandom.com/wiki/Thumpling?oldid=112620"
Community content is available under CC-BY-SA unless otherwise noted.