Slobber Trap is a rock dog who is one of the playable Water villains in Skylanders: Trap Team. He was encountered on Know-It-All Island, where he ambushed the Skylanders after their fight against a group of Trolls. After his Troll minions were defeated, Slobber Trap engaged the Skylanders in battle, but was subdued and captured. 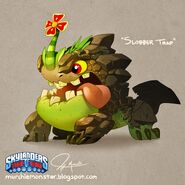 Slobber Trap can lunge at his enemies and use his weight to damage them. He can also leave a trail of saliva that slows his opponents down. 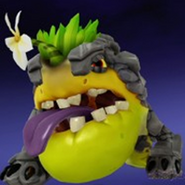