Thousands of years ago, the Giants fought battles in Skylands but were banished to Earth. With a new threat looming, they are summoned back to join forces with the Skylanders.[1]

The Portal Master, along with Flynn, Hugo, and others along the way, race Captain Frightbeard, the villain of the 3DS version, to the Chest of Exile. 10,000 years ago, the Arkeyans locked away Captain Frightbeard and his crew in the chest, with his sword acting as a lock. However, Frightbeard found a way out and is on his way back to free his crew and wreck havoc on all of Skylands.

Joel Cohen and Alec Sokolow returned to help write the story. The theme music from the previous game was again provided by Academy Award Winning film composer Hans Zimmer, whilst a new orchestral score was produced by the returning composer, Lorne Balfe.

In the brand new console Starter Pack, the player gets three Skylanders (Tree Rex, Jet-Vac, and a Series 2 Cynder), a Portal of Power, Trading Cards, a Poster, and the game itself.[2] A "Portal Owner's Pack" is also available, which does not contain the Portal of Power and is meant for those who already have one from Spyro's Adventure. This pack does not include Cynder or Jet-Vac. In the 3DS Starter Pack, the player gets Punch Pop Fizz, Tree Rex, and a Series 2 Cynder.[3]

24 of the Skylanders from Skylanders: Spyro's Adventure have returned with a remodel called Series 2, and have an orange base instead of a green base.[4]

Skylanders: Giants builds upon the breakthrough fundamentals of the first game—merging the physical and virtual realms with a line of cross-platform toy figures that have "brains," which players everywhere can play as in the game. This next installment of the franchise features a variety of new characters, new challenges, a new story-driven adventure, and advanced integration across console, handheld, mobile and online:

Skylanders: Giants introduces eight new highly collectible figures that are more than twice the size of the main Skylanders cast in both physical and virtual form. They are more powerful than regular Skylanders.[5]

Skylanders: Giants includes a set of characters that light up when near or on the Portal of Power. These characters have additional in-game benefits as well, and no batteries are required.[5]

Eight new regular-sized Skylanders, each with their own unique powers, abilities, and personality, are playable as well.[5]

Every character from Skylanders: Spyro's Adventure is 100% compatible with Skylanders: Giants, leveled-up stats and customizations intact. In Giants, they will be able to level up to level 15.[5]

Portal Masters see all new arenas and more gameplay options in Battle Mode for exciting head-to-head play, as well as enhanced Elemental Zones, new Hero Challenges, and other features that encourage players to collect and level up every character.[5]

After the events of Spyro's Adventure, on Earth, a toy store called Super Toy Planet has just closed shop for the day. Amongst the toys stood the frozen toy form of Kaos, who was recovered and placed inside the toy store. He soon breaks free of his toy prison due to his status as a Portal Master, and recalls Master Eon and the Skylanders banishing him to Earth. Kaos then discovers five of the Skylanders (Spyro, Stealth Elf, Gill Grunt, Eruptor, and Stump Smash) frozen in toy form inside a plastic display, and he proceeds to taunt them while the Skylanders could do nothing but make idle threats to the evil Portal Master. Kaos is soon contacted by his butler, Glumshanks, who has been looking everywhere for Kaos since his exile. Seeing a nearby Portal of Power, Kaos uses it to return to Skylands, ignoring the warnings of Glumshanks that Portal Masters are not supposed to use the portal on themselves.

Master Eon greets the player, who is the new Portal Master that will lead the Skylanders. He explains to them about the world of Skylands and the backstory of the Giants, the first original Skylanders who fought against the tryannical Arkeyans for the freedom of Skylands. A climatic battle occured as the Giants defeated the Arkeyan King and removed the source of his power, the Iron Fist of Arkus, in order to fully stop the Arkeyan empire. However, in a form of sacrifice, the Giants were swept from Skylands and haven't been seen since, until a Giant was recovered by the new Portal Master. Master Eon then goes on to explain that he has summoned the new Portal Master after sensing a new evil rising and that Skylands needs their help. He reassures the new Portal Master that they won't go alone, and reveals that Flynn and Cali will embark on a journey with the Skylanders and Giants to save Skylands from the threat.

Upon his arrival, Kaos landed in a very ancient part of Skylands and inadvertantly reactivated the Arkeyan Conquertron, quickly learning that if he could acquire something known as the Iron Fist of Arkus, he could not only reactivate the entire army of Arkeyan robots, but also command them. With that kind of power, Kaos would be unstoppable. Despite their efforts, with the help of old and new friends along the way, Kaos manages to reach the Iron Fist of Arkus and transformed into a large Arkeyan robot, preparing his conquest over Skylands.

The Skylander soon reached Kaos within the City of Arkus, only to discover that the the now robotic Portal Master was impossible to stop unless the Iron Fist of Arkus was removed from his grasp. With the help of Ermit and Machine Ghost, the Skylander was able to remove the Fist of Arkus, returning Kaos to his normal form and stopping him from commanding his Arkeyan army. The Arkeyan Conquertron carries Glumshanks and Kaos out of the collapsing city and to the safety of an island before shutting down completely. Master Eon congratulates the new Portal Master, but hints that the journey with their Skylanders, and Giants, are only just beginning.

After the credits, Kaos returns to his castle where he revealed to Glumshanks that he has at least 37 more plans to take over Skylands. The evil Portal Master laughed evilly, only to be confronted by his mother moments later.

Master Eon greets the Portal Master and introduces them to the world of Skylands that is protected by the Skylanders. He then informed them of an evil villain from the distant past, Captain Frightbeard, a giant pirate fiend who was known to have had plundered and terrorized Skylands until the Arkeyans banished him and his pirate fleet within the Chest of Exile. Master Eon tasked the Portal Master to defeat Captain Frightbeard and save Skylands with the Skylanders and the Giant they have uncovered before wishing them luck on their adventure.

The Skylanders rescued Flynn from pirate territory after he won a map to the Chest of Exile from Captain Frightbeard. They immediately embark on a quest to find the clues that would lead to the chest in hopes of stopping Frightbeard from releasing his pirate fleet to continue his terror on Skylands. Along the way, they ask for Cali's help, and soon gain unlikely allies in the form of Information and the a giant Tiki Idol. However, while the Skylanders were treking through the Overgrowth of the Rust Marsh, they encountered one of the Frightbeard's lietenants, Rustbeard, who revealed that while the Skylanders were looking for the next clue, the pirates ravaged the Dread Yacht and stole the clues they had gained. The Skylanders soon bested Rustbeard and returned to the Dread Yacht. Not losing hope, the Skylanders and their friends journeyed to Frightbeard's stronghold to reclaim the clues and were able to take them back.

With the clues back in hand, the heroes were able to locate where the Chest of Exile laid, but arrived too late as Captain Frightbeard got to it first, determined to finish what he had started: to plunder all of Skylands with his massive pirate fleet. The Skylanders quickly made their way through the malestrom generated by the Chest and reach Captain Frightbeard onboard The Phantom Tide. After a grueling battle, the heroes defeated Frightbeard and his sword struck into the Chest of Exile, causing the maelstrom to suck Frightbeard and his entire pirate fleet back within, with his sword serving once again as the chest's lock.

The heroes celebrated their victory, with Flynn trying to take credit on the Skylanders' hard work. Suddenly, a cookbook for the world's most 'awesome pirate pasteries' was thrown at Flynn, and upon its discovery, the Mabu pilot became eager for some "grocery shopping" and urges his friends to set sail for the Dessert Island.

Master Eon congrulates the Portal Master on their victory over Captain Frightbeard, but reveals that there are more adventures and that the journey with their Skylanders, and Giants, were only just beginning...

This game was received with mostly positive reviews. The game was praised for the ability to use all previous Skylander character toys from Skylanders: Spyro's Adventure to be used onto the game, three new difficulty settings with a fourth one being unlocked, and with a new pack of characters added into this installment to show a good addition to the sequel with a successful expansion to the series from it's original game, and with difficulty settings adding some extra appeal. Although it was still criticized for the visuals not changing much from its predecessor and for its lack of online play, with the exception of the then-upcoming Wii U version, that utilizes online play with Nintendo Network.

IGN gave the game an 8 out of 10 score, calling it "...a more polished but by-the-numbers sequel that's really fun to play".[10] Cheat Code Central gave the game a 9.2 out of 10.0 saying: "With tons of new and exciting things to do, new figures to collect, and the ability to use your previous Skylanders, it feels like someone finally got everything right when creating a sequel." [11] Playstation Lifestyle however, gave the game a lesser score with a 70/100, saying: "The reality is that Skylanders: Giants is age-appropriate fun that harkens back to the delight you had collecting Pokémon cards or mashing your way through a dungeon crawler. If you've got little ones, then you already know the verdict here." [12] 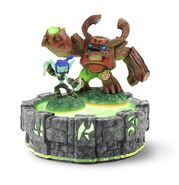 Stealth Elf and Tree Rex atop the Portal of Power 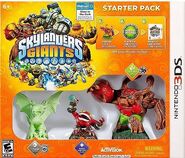 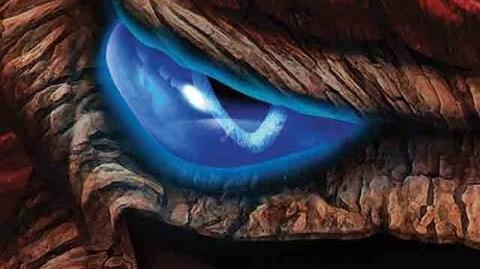 Skylanders Giants Something Big is Coming! 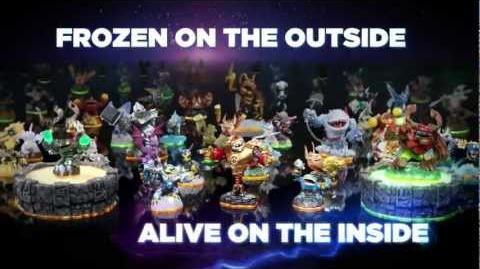