The Second Dimension is the setting of Skylanders: Battlecast, in which conventional forms of battle aren't applied. With many Elemental Realms and a new section of the Skylanders Academy, it was taken over by Kaos' forces after a rift was opened into it, and the player must become a Battlecaster to lead the Skylanders to free it.

Though in earlier versions of the game, its skies were endless clouds like in Skylands. In its recent update, it is a mystical night sky divided by constellations spanning its entire length, some containing smaller ones in the shape of the Elemental Symbols.

Battles cannot take place the same way as in Skylands. Every action must be coordinated by the team leader or the Battlecaster, casting spells according to their current energy crystal reserves, and only spells in cards they have in hand with the right conditions. Direct attacks or team rearrangement can be done once every turn, but only once for each unless spells that alter these mechanics have been used.

Oddly, even actions such as eating must be coordinated if the parties are in battle, as seen with Hearty Meal and other cards. 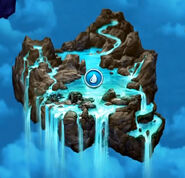 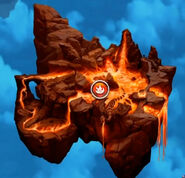 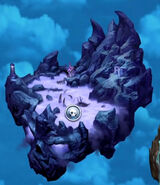 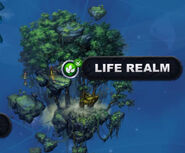 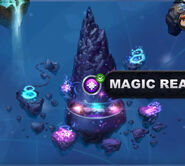 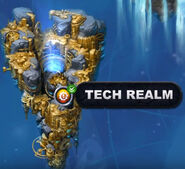 A section of Skylanders Academy holding the Battlecast tutorial. 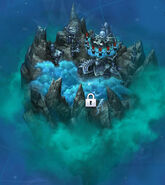 The Kaos Realm, also known as Kaos Island
Add a photo to this gallery

Retrieved from "https://skylanders.fandom.com/wiki/Second_Dimension?oldid=85243"
Community content is available under CC-BY-SA unless otherwise noted.