Scorp is a rock scorpion who is one of the Earth Core Skylanders released alongside Skylanders: Swap Force.

Scorp's tail spike originally came from a scrapped Earth Skylander character named Aftershock. Vicarious Visions really liked the Aftershock character, so when they had to scrap him, they implemented his tail spike for Scorp's design.[1] During development, Scorp was originally designed having one claw and one hand.

Rough-and-tumble Scorp is a real tough guy, but his experience with the gem taught him he could his amazing abilities for more than just sport.[2]

Scorp was raised in the Salt Flat Islands, an endless flat plain of rock where every day is very hot. To keep themselves entertained, the residents live for the sport of Sting Ball, an extreme game that only the strongest play to become King of Sting -- a title Scorp had won numerous times. During his last championship game, the opposing team cheated by using an enchanted water gem to make it rain. But the spell got out of control and soon a raging thunderstorm flooded the land. Using his powerful claws and incredible agility, Scorp bravely battled the rising waters to retrieve the gem and hurl it far into the clouds, breaking the spell and saving everyone. Seeing how his abilities could be used for more than sport, Scorp soon sought out and joined the Skylanders. 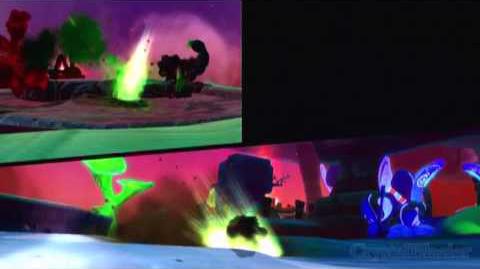 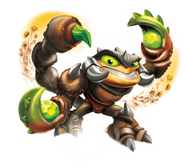 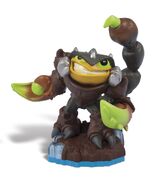 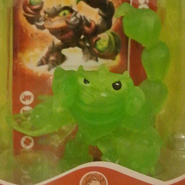 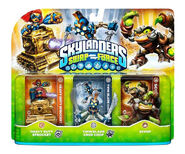 Scorp is about to take on a group of fleeing Chompies