Prism Break is a character Nat Loh initially designed. His first two abilities and their interactions remain relatively intact although they started out with Prism Break punching the ground and having crystals cascade out to form his Crystal Shard with the laser beams on his secondary. These were eventually flipped around and simplified. Designer Jesse Moore would go on completing the design of Prism Break including stunning visual effects used in the Crystal Eruption ability and the complicated laser refraction math.[1]

Prism Break used to be a frightening rock golem who didn't like to be bothered. After being buried underground for 100 years in a cave-in, he gains a change of heart when a Mabu mining expedition freed him, and Prism Break dedicated himself in protecting the Mabu tribe and Skylands. While not as cranky as before, he still prefers his own company and keeps to himself until needed, although he's quick to use his precious gem-powered abilities to protect Skylands from attack.[2]

Prism Break was once a fearsome Rock Golem who didn’t like to be disturbed. Then, an accidental cave-in left him buried underground. One hundred years later, a mining expedition digging for valuable jewels discovered him by chance with a well-placed blow from a pick axe – something Prism Break doesn’t talk about. After 100 years of solitude, he found that the pressure of the earth had transformed him emotionally as well as physically, turning his crude rocky arms into incredible gems with powerful energy. Grateful for being free of his earthly prison, Prism Break decided to put his new abilities to good use and dedicated himself to protecting Skylands.

Prism Break was a fearsome Rock Golem who inhabited dark, dangerous places deep underground. But embedded in the rocky walls of Prism Break's home was a dragon's hoard of gems, jewels and sparkly stones that no miner could resist. Few returned unscathed. Those that could still speak told of trashed tools and mangled machinery - not to mention the blood-curtling cries and ghastly growls that rang out from the dark depths. A nice place for a relaxing breaking this was not. Eventually there were no miners left who would brave these perilous passageways. Finally able to rest without interruption, Prism Break retired to his favorite cavern and sank into a silent slumber. He slept through some important events - including the roof collapsing over him.

Over 100 years later, Prism Break was rudely roused by a new generation of Mabu miners. One of them had pick-axed him in a place he rather not mention. But instead of munching the Mabu and using the pickaxes for toothpicks, Prism Break found himself transformed. His arms had turned from rocks into powerful gems that fired pure bolts of energy. Feeling much improved, he decided to be a force for good instead of grumpiness. So he joined the Skylanders.[3]

Prism Break was one of the Skylanders called upon by Master Eon to help repair the damage done to the Eternal Archives after Kaos launched an attack.

Prism Break was one of the assembled Skylanders who attempted to fight against the rampaging Bone Dragon in the Giggling Forest, but was turned to stone. He was returned to normal when the Dragon agreed to un-freeze the petrified present characters.

Prism Break has the ability to shoot beams of energy at his enemies using his gem-like limbs, and also summon crystals to erupt from the ground under his opponents to finish them off, or use them to refract his energy beams.

Gain a 20% Speed bonus while in the Radiant Isles. The scroll for this upgrade can be found in Frostsedge. 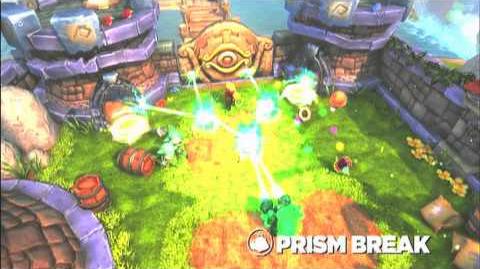 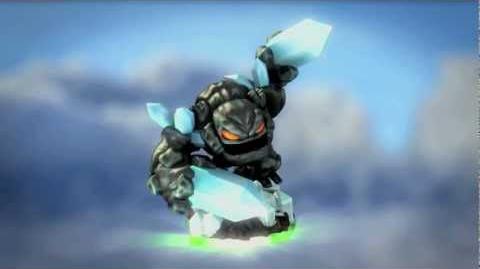 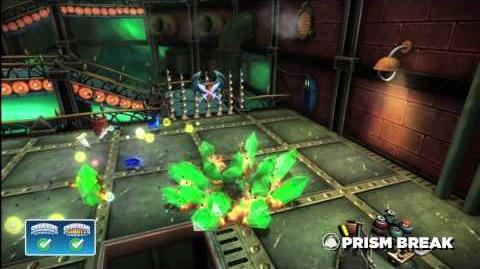 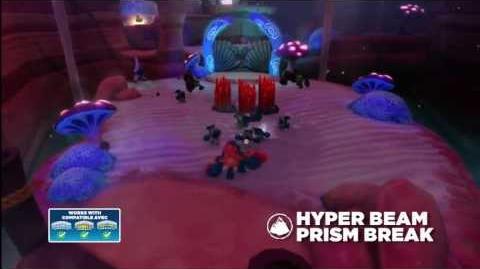