The Piggy Bank is one of the Magic Items in the Nightmare Express Adventure Pack for Skylanders: Trap Team. It follows Skylanders everywhere while making money rain down after enemies are defeated. 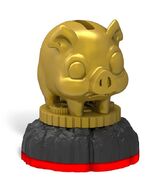 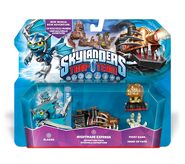 Piggy Bank with Blades, Nightmare Express, and Hand of Fate in packaging 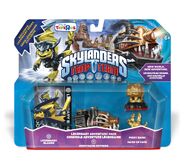 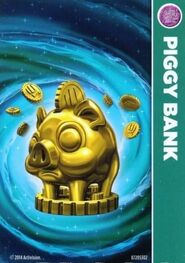 Piggy Bank's card
Add a photo to this gallery

Retrieved from "https://skylanders.fandom.com/wiki/Piggy_Bank?oldid=125992"
Community content is available under CC-BY-SA unless otherwise noted.