Nitro Magna Charge is the Nitro counterpart of Magna Charge in Skylanders: Swap Force. He is only available at Target in two double packs, one with Rattle Shake and one with Free Ranger. He is also available in a single pack. 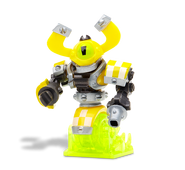 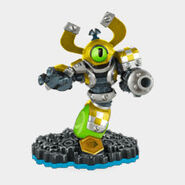 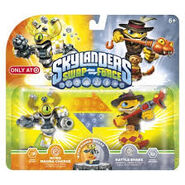 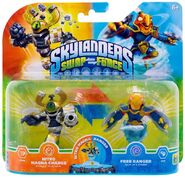 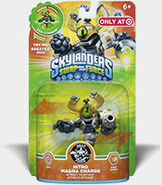 Retrieved from "https://skylanders.fandom.com/wiki/Nitro_Magna_Charge?oldid=124325"
Community content is available under CC-BY-SA unless otherwise noted.