Light Marble
Rain of Light
Purification
Light Hex is a Light element alter ego of the Undead Skylander Hex, in Skylanders: Ring of Heroes. Though she is also a support character like her original counterpart, she works with buffs instead of debuffs, becoming more powerful and even taking them from her opponents.

Light Hex is the alter ego of the undead elf wizard Hex. This ego refuses to go back to being a talented wizard before becoming an undead. She used to control powerful magic in the past, but she was also clearly conceited - she turned into an undead because of her recklessness. Therefore, Light Hex accepts the power of the Light Element to embrace her allies, instead of the power that was strong yet cold-hearted. Of course, when it comes to dealing with evil forces, she will burn her enemies with the magic of light! 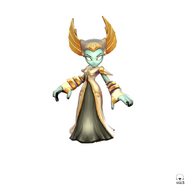 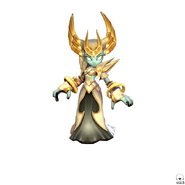 Ditto but with the Awakened form 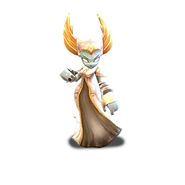 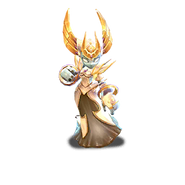 Same but with the Awakened form

Same but with the Awakened form