Imaginators are Skylander creations customized by Portal Masters in Skylanders: Imaginators. In the game, players can create and edit their own Imaginator at any time and add their own features using elemental Creation Crystals and the Imaginite parts that are found throughout the game. These customization options range from aesthetic changes like appearance, colors and size; effects like aura, music, sounds and voice; and their combat abilities, from stat-changing gear to powers depending on their element and battle class. Each Imaginator has a weapon power, an elemental power, a secret technique, and a Soul Gem ability.

Imaginators can also be generated in the Skylanders Creator, which allows the player to order physical items based on them. With the exception of T-Shirts, the items are explained as the Imaginator being enrolled in Skylanders Academy for further training and drawn in The Book of Skylanders. 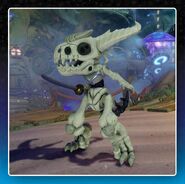 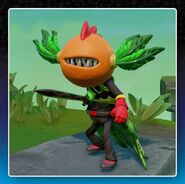 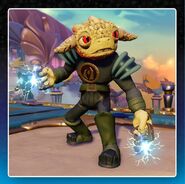 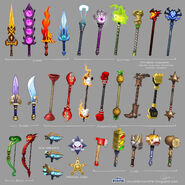