“Be Afraid Of The Bark!”
—Gnarly Barkley's official catchphrase

Gnarly Barkley is the blue counterpart of the Life Mini, Barkley, in Skylanders: Trap Team. 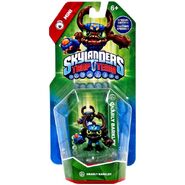 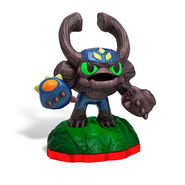