Fryno is hot on honesty. In fact, liars and cheats make him flaming mad![1] He possesses a short temper, but is trying to keep his anger in check.

Fryno was once a member of the notorious Blazing Biker Brigade and spent most of his youth riding around Skylands with the rest of his crew. But what Fryno did not realize was that, while he enjoyed a life of freedom and adventure, his crew was responsible for acts of burglary throughout Skylands. When Fryno discovered that he had been riding around with a bunch of villains, he burned with rage and demanded that they make amends for the wrong they had done. This resulted in an epic fight, which Fryno won, and the disbanding of the Blazing Biker Brigade. Fryno was in the midst of returning the valuables his crew had stolen when he met Master Eon, who was impressed with his good character and fighting abilities, and offered him a membership to a new crew -- the Skylanders.

For years, Fryno roared across Skylands as a member of the Blazing Biker Brigade, enjoying a life of freedom and adventure. When he realized that his friends were a right shower of wrong'uns who were responsible for Skylands' biggest ever crime wave, he demanded they make amends for their wicked deeds. A battle ensued, during which Fryno taught the bikers some painful lessons about honesty. Impressed by his noble heart, Master Eon invited Fryno to join a new gang - the Skylanders.[2]

Get down and dirty with more fist fighting!
Gain new powerful motorcycle abilities that devastate groups of enemies! 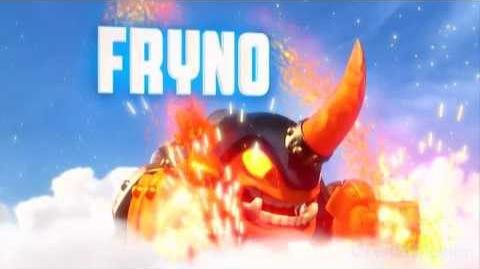 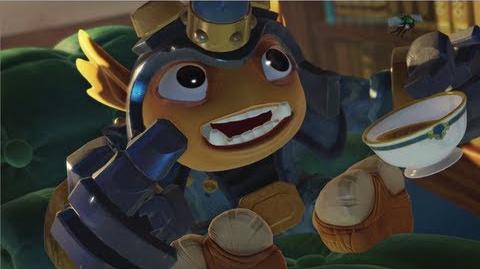