Fire Kraken is a Fire dragon warrior who is one of the SWAP Force Skylanders in Skylanders: Swap Force. His SWAP Force Ability is Bounce.

A desire to help others burns in the heart of this young, hot-footed warrior. He likes playing with fire, and is less likely to burn out.[1]

Fire Kraken uses his magical staff to set enemies ablaze, and control his natural fire powers; his staff can be upgraded for a charged attack. He can throw out fireworks from his tail to damage enemies and can be upgraded for a bigger boom, he can even charge it up which causes his tail to light like a fuse, and ends with an enormous fireworks explosion. His most unique power is the ability to turn into a Chinese dragon parade costume! 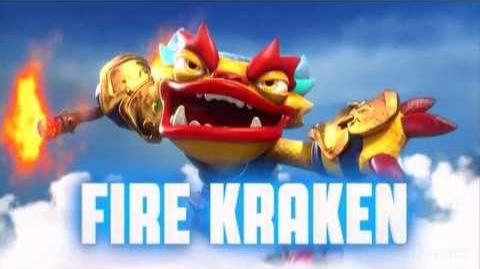 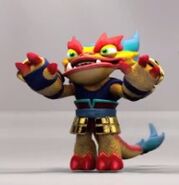 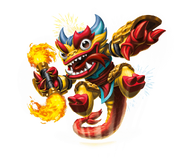 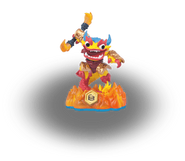 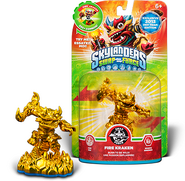 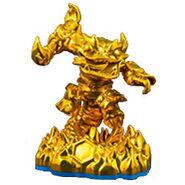 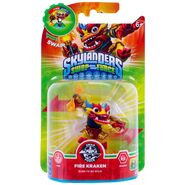 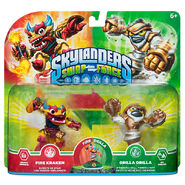 Fire Kraken in a pack with Grilla Drilla. 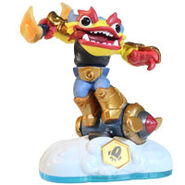 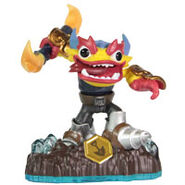 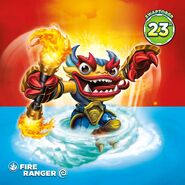 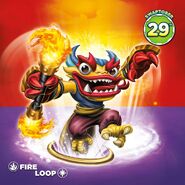