“I've Got My Eye On You!”
—Eye-Brawl's official catchphrase

Eye-Brawl is a being composed of a flying eyeball and a headless Undead giant who live in a symbiotic relationship. He is an Undead Skylander and one of the eight Giants in Skylanders: Giants. He notably has a twin brother named Dive-Clops.

Eye-Brawl is hyper-observant. Nothing gets past him (without being thumped, that is).[1]

Throughtout history, there have been many epic battles, though none more bizarre than the legendary brawl between the headless giant and the infamous flying eyeball. It all started with a staring contest, but with the headless giant having no eyes and the flying eyeball unable to blink, it soon escalated into an all out war as the two rivals fought fiercely throughout the land of the Undead for over a hundred years! With neither opponent down, the two combatants were eventually struck with the realization that if they were to combine their formidable powers, they would be a force to be reckoned with. By teaming up, the infamous flying eyeball and the headless giant became known as Eye-Brawl, one of the most powerful Skylanders ever known.

It's not everyday a headless Giant declares war on a flying eyeball, but that's exactly how Eye-Brawl came to exist. What started as an evenly matched staring contest between them escalated into a full scale conflict that lasted over a hundred years. Eventually, the unusual enemies became bored of fighting and declared the war a draw. That would've been the end of it, had they not realized that combining their strength would make them almost unstoppable. The eyeball popped himself into the space where the Giant's head should have been, and Eye-Brawl was born.

As a result of combining their abilities, Eye-Brawl instantly became one of the most powerful Skylanders who has ever existed. Now the Giant cyclops uses his big eye to seek out evil in all forms, and his bigger fists to smash it to tiny bits.[2]

When Malefor was launching an attack on the Skylanders Academy, Eye-Brawl, the Giants and the other Skylanders were summoned to stop the evil dragon. The Giants managed to grab hold of the Malefor's tail to hold him down, but were caught off guard when the mechanical tail was also made as a weapon and knock the Giants off-balance. In the end, all Skylanders, including the Giants, were defeated in a single blow by Malefor's tail whip, allowing the evil dragon to absorb their powers to make himself more powerful.

When his brother Dive-Clops was captured by Blubberbeard and his pirates, Eye-Brawl rushed to save his brother. 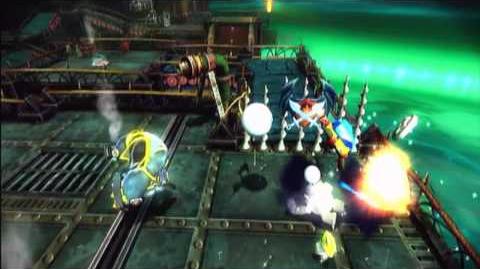 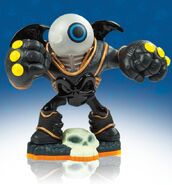 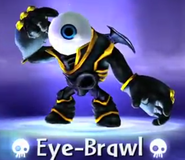 Eye-Brawl points to his eye 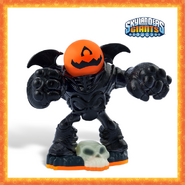 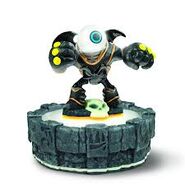 Eye-Brawl on the Portal of Power 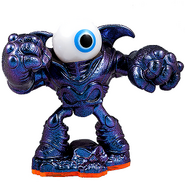 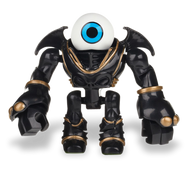 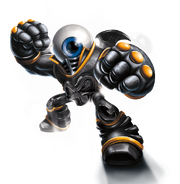 Eye-Brawl Transparent Render
Add a photo to this gallery

Retrieved from "https://skylanders.fandom.com/wiki/Eye-Brawl?oldid=121996"
Community content is available under CC-BY-SA unless otherwise noted.