Unlike most unruly dinosaurs, Dino-Rang has a calm and collected demeanor. However, if anyone calls him a dragon by mistake, Dino-Rang will lose his cool, resulting in a furious display of whirling boomerangs. Even though he loves being a Skylander, he still dreams of the hunting plains of his homeland.[1]

For years, Dino-Rang trained to use the weapons of his tribe – earthen boomerangs. His people were skilled hunters in a world far away from the realm of Skylands. As he slept one night, a freak portal suddenly opened beneath him. Unsure of how or why he arrived in Skylands, Dino-Rang set out to explore the world that was suddenly his new home. Eventually becoming a Skylander, he now fights with his own brand of dino-justice, while seeking out the fabled Twin Diamond Boomerangs, which he believes could hold the clues to his greater destiny.

Dino-Rang came from a tribe of skilled hunting dinosaurs from a faraway world. There, he had been the first to twirl the legendary twin boomerangs and was top of his tribe. But his fortunes changed one night when a portal popped open beneath his bed and sucked him into a strange Skylands temple. He was surrounded by sinister wizards, whose spell had gone askew. Dino-Rang broke out his boomerangs and, before the wizards could say 'boo' (or even 'bo'), they were blasted to the remote Outlands.

Threat averted, he began searching for the fabled Twin Diamond Boomerangs which he hoped could take him home. He is yet to find them, but he did find Master Eon - who promptly made him a Skylander.[2]

Dino-Rang uses his boomerangs to attack his foes at range or to deflect their attacks. He can also use the surrounding dirt to form traps that spring up from the earth when an opponent gets too close.

Choosing the Grand Boomerang Master upgrade path for Dino-Rang increases his effectiveness with the boomerang. The boomerangs can be made tougher, allowing them to deal more damage and even bounce off of walls or enemies and hit more enemies in the process. His Boomerang Shield can also be upgraded to deal more damage and last longer. This path is ideal for medium-to-long range combat.

Choosing the Earthen Avenger upgrade path for Dino-Rang enhances the power of his Stonefist Traps. He can summon 4 Stonefist Traps instead of 2 and gain an increase in his Armor. His best upgrade is the Fist Trap Funeral, where defeating enemies with boomerangs spawns Stonefist Traps where they fell for other enemies to walk into. This path is ideal for defensive gameplay.

These are the starting and maximum Statistics for this Skylander in Skylanders: Spyro's Adventure.

These are the starting and maximum Statistics for this Skylander in Skylanders: Giants.

Gain a 20% Damage bonus while in the Radiant Isles. The scroll for this upgrade can be found in Magma Bank Island. 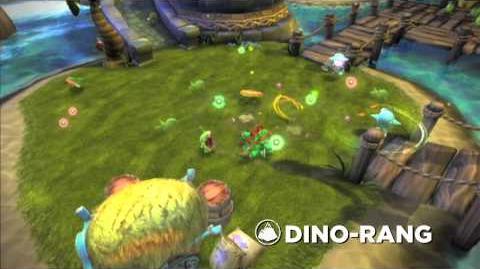 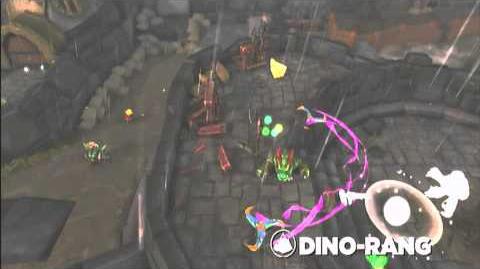 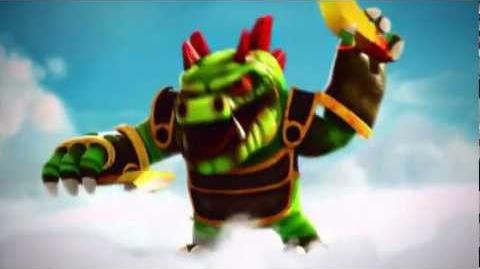 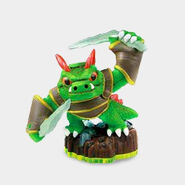 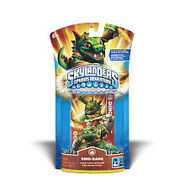 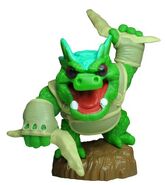 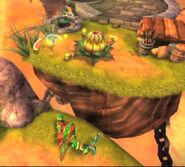 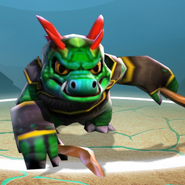 Dino-Rang in a triple pack with Zap and Hex. 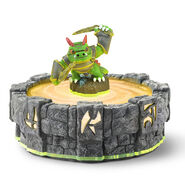 Dino-Rang on the Portal of Power 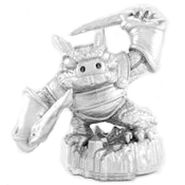 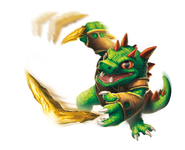 Dino-Rang Transparent Render
Add a photo to this gallery

Retrieved from "https://skylanders.fandom.com/wiki/Dino-Rang?oldid=112172"
Community content is available under CC-BY-SA unless otherwise noted.