Countdown is an anthropomorphic bomb who is one of the new Tech core Skylanders released alongside Skylanders: Swap Force.

Countdown blows up at a moment's notice, although there is one drawback. Every time he explodes, he loses his memory all over again.[1]

Countdown was discovered by a group of Yetis who were snowboarding one particularly chilly morning when they came across a big bomb encased in ice. After bringing it back to their cabin, they were shocked when it actually came to life. No one, not even Countdown himself, has any memory of where he came from or how he ended up frozen in the mountains. Since becoming a Skylander, Master Eon has been graciously trying to help piece together fragments of his past. But this has proven difficult, as Countdown loses some of his memory every time he explodes – which happens a lot. In the meantime, Countdown has enjoyed working with Eon and fighting alongside the Skylanders to defend their world against evil – even though he occasionally forgets what he is doing.

Countdown can detonate his own head, or self destruct, he can shoot his rocket hands, and summon bomb allies to attack enemies in his place. In Skylanders: Battlecast, he is an incredibly risky fighter with most of his abilities causing damage to himself or even his allies, but with a low energy cost in compensation. His Gear is a Bombrero, which explodes on both the owner and the enemy when attacked, and his special ability is Short Fuse, blasting the enemy for moderate damage but himself as well. 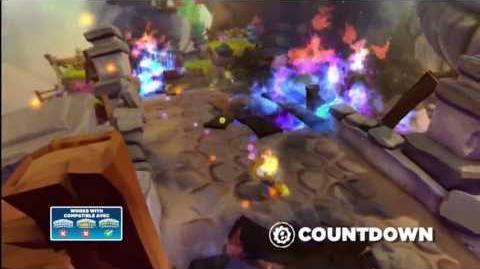 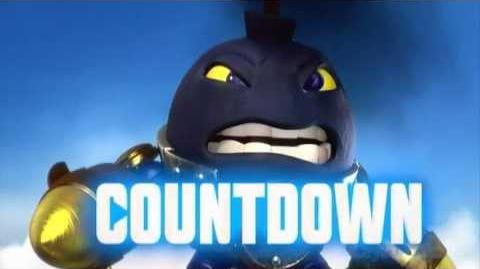 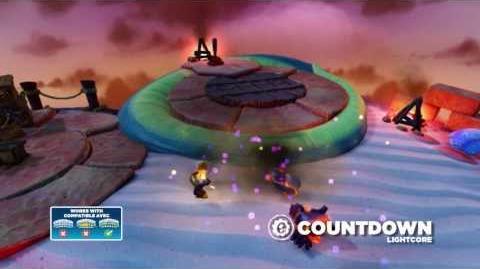