During the early development of Skylanders: Trap Team, the direction changed and Toys For Bob decided to make the Chef a little bigger and more intimidating (in the Skylander sense of the word).[2] 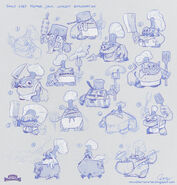 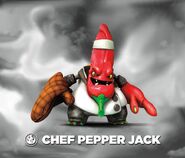 Chef Pepper Jack confronts the Skylanders at the Chef Zeppelin

Retrieved from "https://skylanders.fandom.com/wiki/Chef_Pepper_Jack?oldid=116197"
Community content is available under CC-BY-SA unless otherwise noted.