Protective to the extreme, Bumble Blast defends all wildlife, not just his beloved bees. He places himself in danger to defend others.[1]

Bumble Blast started life as a humble beehive in the Radiant Mountains, where for ages the bees made the most sweetest, most magical honey in all of Skylands. When Kaos heard about this "super honey", he wanted all of it for himself and soon launched an attack on the peaceful Bees. But when his minions arrived to plunder everything the bees had created, they were met by Bumble Blast. He alone had been home to the bees and considered himself their protector. Using the power of the magic honey, Bumble Blast valiantly battled the evil minions, who felt his powerful sting that day. Afterward, Bumble Blast roamed Skylands as a protector of nature, where he soon joined with the Skylanders.

Bumble Blast was an ordinary beehive that resided in the Radiant Mountains and was home to the bees that created the most sweetest and magical honey in Skylands for centuries. Unfortunately this caught the attention of Kaos, who wanted all of the honey for himself. He sent his minions to steal it, only for them to discover an angry beehive who was brought to life by the bee's magical honey. Bumble Blast was in no rush to give up the honey and made sure that the minions had a sting in their tails that day. He soon joined the ranks of the Skylanders and afterwards, became a protector of nature.

Bumble Blast was one of the assembled Skylanders who attempted to fight against the rampaging Bone Dragon in the Giggling Forest, but was turned to stone. He was returned to normal when the Dragon agreed to un-freeze the petrified present characters.

any unit that does not have abilities to run or dodge will feel his sting. Just cover them with honey and let the bees do there work 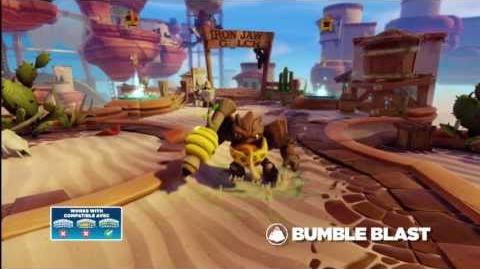 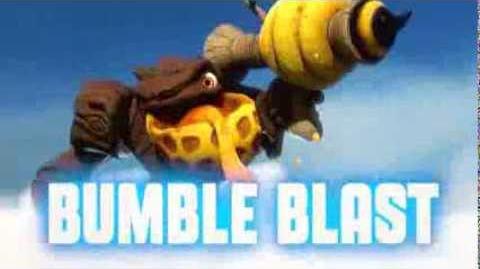 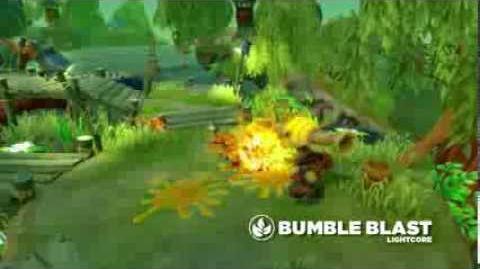