Blast Zone is a furnace knight who is one of the SWAP Force Skylanders in Skylanders: Swap Force. He is of the Fire element, and has a Dark counterpart called Dark Blast Zone. His Swap Force Ability is Rocket.

Fiery but disarming, Blast Zone always puts the safety of his friends first. He is always most likely to blow a fuse.[1]

As a young furnace knight, Blast Zone was part of the Skylands Bomb Squad, specializing in the safe disarming and removal of troll bombs. But it was not long before the trolls got tired of Blast Zone constantly thwarting their evil plans, so they decided to go after the furnace knight himself. Late one night, an army of trolls snuck into Blast Zone’s village and threw 100 bombs down his chimney. Acting quickly, Blast Zone swallowed each bomb and then belched a jet of fire back at the invaders – sending them fleeing with their boots on fire. The tale of the attack eventually reached the ear of Master Eon, who knew the brave furnace knight had all the makings of a Skylander.

Infuse bombs with fire! Flaming bombs do more damage to enemies!
Gain an explosive wall of fire that will blast away all enemies!

Release a flaming comet of fuel at enemies!
Become surrounded in a powerful flame aura that damages nearby enemies! 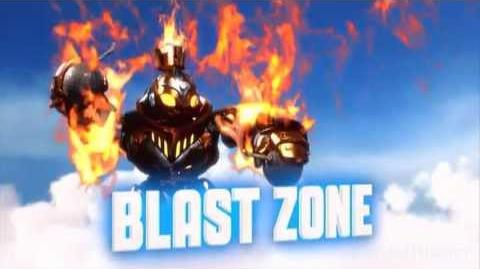 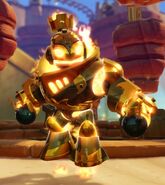 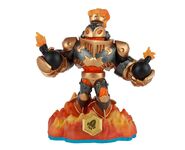 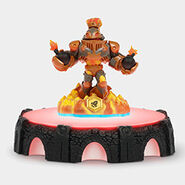 Blast Zone on the Portal of Power 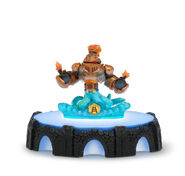 Blast Buckler on the Portal of Power 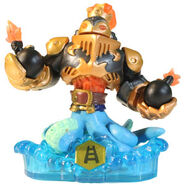 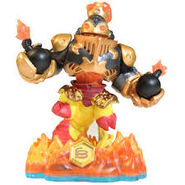 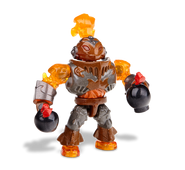 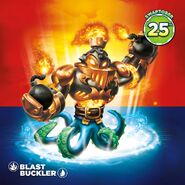 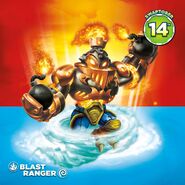 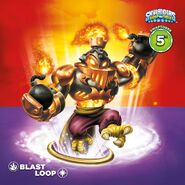 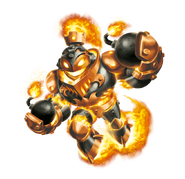 Blast Zone Transparent Render
Add a photo to this gallery

Retrieved from "https://skylanders.fandom.com/wiki/Blast_Zone?oldid=117526"
Community content is available under CC-BY-SA unless otherwise noted.