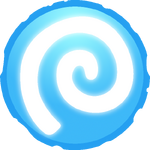 “That amazing feeling of defying gravity! That, my friend, is something only we feel.”
—Ring of Heroes Relationship Description

Air is one of the main ten elements in the Skylanders series. The vast and mysterious element combines the others in a number of interesting and unusual ways.[1] Colors associated with the element are cyan, and occasionally white and azure.

Air surrounds us constantly. It clings to our lungs when we breathe. It is with us all the time, and yet we can neither see it nor feel it. Unless, of course, it wants us to. The skies above, around and often below, Skylands are infinite, meaning the Air Element may hold a limitless number of secrets that weren't yet aware of. This makes the Air element one of the most mysterious of them all.[2]

When Earth Portal Masters were taken from their homeworld into Skylands, Portal Master Eugenie became the Air specialist.

In Skylanders: Ring of Heroes, Air is weak to Fire and Magic, and strong against Life and Earth.

Air-based Skylanders also stand on a pedestal made of clouds when they are in their toy form.

In the turret challenges in Skylanders: Trap Team, Air Skylanders have the special ability Tornado, which immobilizes enemies. In Kaos Doom Challenge, they can summon a large fan which charges up an electric blast, which can be upgraded to have multiple lightning containers for shots that spread to nearby enemies.

In Skylanders: SuperChargers, Air-aligned Portal Master Powers include a damaging wind aura, an electric pulse and a temporary Speed boost. They occur in many conditions, and the name are as follows:

Air Imaginators can choose from four different abilities as their secondary attack:

Air Spells are as unexpected as the weather. From damage, to debuffs, to card drawing, or to swapping enemies, it has many uses and masters none.

The scrapped team spell for this element is the Tempest of Air, in which the characters combine their attacks for more damage for each Air character on the team.

Animated version of Shower of Sparks.